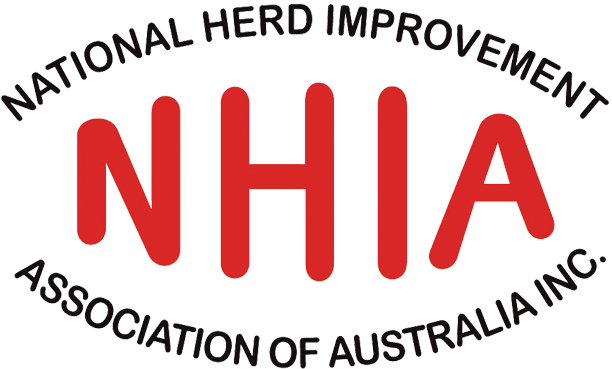 NHIA member Genetics Australia featured in this ABC Landline story and TV clip (accessed via link below) on the need for an Australian National Gene Bank (all picture credits Tim Lee / ABC Landline). What do you think?

In 2001, foot-and-mouth disease broke out among livestock in the United Kingdom.

More than 6 million sheep and cattle were slaughtered and their carcasses incinerated on farms before the disease was brought under control.

In the wake of the crisis, estimated to have cost approximately $14 billion, the UK bolstered its national livestock gene bank to bolster rare domestic breeds, including sheep, cattle and goats.

The bank — a type of high-tech Noah's Ark — securely stores semen and embryos cryogenically frozen as insurance against disasters such as disease, flood, fire or climate change.

Countries such as the Netherlands, Germany and the United States all have national livestock gene banks — Australia does not.

With foot-and-mouth disease now present in Bali, a popular Australian tourist destination, many are asking the question, why not?

With quarantine officials and the livestock industry on high alert, prominent Tasmanian sheep breeder Brenton Heazlewood is one such voice.

"I think it's very vital, [because] the vulnerability of the livestock industry in Australia, particularly at the moment with foot-and-mouth in Bali, is really a wake-up call," Mr Heazlewood said.

"The lead has got to come from the federal government."

The Noah's Ark of genes

The proposal is far from new. Worldwide gene banks became popular in the early 2000s with improvements in technology and techniques that made it easier to securely store genetic material.

Newly appointed federal Agriculture Minister Murray Watt is awaiting a report by the nation's peak scientific body, the CSIRO, on how such a facility might operate.

Senator Watt's predecessor, David Littleproud, promised to establish a national gene bank in 2020 and re-affirmed the Coalition's promise during this year's election campaign.

Katy Brown of the Rare Breeds Trust of Australia believes the new agriculture minister must follow through. She is a producer and custodian of a range of livestock breeds. Her small farm in central Victoria has a range of rarities, including Highland horses, stocky, sturdy animals that originate in the wilds of Scotland.

She has a single Caspian horse, a hardy, athletic breed whose ancestry stretches back some 3,000 years to northern Iran. The breed was rediscovered in the 1960s; Caspian horses shipped to the United States saved it from probable extinction.

Globally, there are many thousands of domestic species farmed for food or fibre — everything from cattle, sheep, horses, poultry, waterfowl, camels, donkeys, goats.

But it is estimated that several breeds become extinct every month. A Tamworth pig — one of a number of pig breeds now listed as rare in Australia.(Landline: Tim Lee)

Australia is free from many diseases endemic to pigs elsewhere in the world. That means fresh pig genetics cannot be imported.

"Back in the 60s, they were actually a premium bacon pig in Australia. And around the same time, Landraces and some of the white breeds came to Australia and also pigs went indoors," said Ms Brown.

"These old breeds which had thrived and done really well — usually as part of a dairy farm — lost favour way back then."

The Rare Breeds Trust says four pig breeds have become extinct in Australia in recent decades. It lists the Tamworth as critically endangered.

Ms Brown also has a few Wessex saddlebacks. They are only slightly better off.

"They're in so low numbers now," said Ms Brown as the pigs noisily foraged in a nearby paddock.

"The animals that I've got out there are rarer than zoo animals. You know it's pretty serious."

The trust has advocated for a national gene bank for several decades. Now the wider livestock industry is joining the chorus.

In truth, many of Australia's most valuable genetics, especially those of cattle and sheep, are securely stored in privately run facilities. Anthony Shelly says there is a strong level of support from the industry to create a national gene bank in Australia.(Landline: Tim Lee)

But the spectre of a calamitous disease such as foot-and-mouth reaching our shores raises questions about our preparedness to preserve our priceless livestock genetics.

"It does get us thinking a little bit more acutely about what we should or could do to give ourselves a level of protection in the future," Anthony Shelly, from Genetics Australia, said.

He believes there is widespread support from livestock industries to build a national livestock gene ban and is willing to share his company's expertise.

"We would welcome the opportunity to be involved in assisting in the stewardship of such a program because we do genuinely see it as being a really important investment in [the] continuance of Australian livestock production," he said.